IMPALA and organisations from across the cultural and creative sector representing authors, composers, writers, journalists, photographers as well as news agencies, audiovisual producers, book, press and music publishers, have published the following statement calling on EU member states and the European Parliament to adopt the text of the Copyright Directive as agreed in trilogue last week. Read the full letter below. 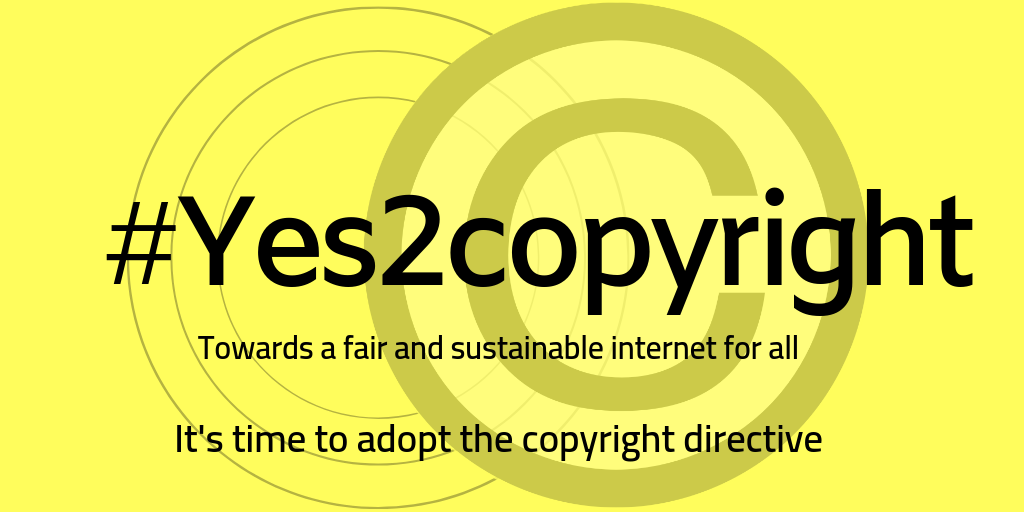 TIME TO ADOPT THE COPYRIGHT DIRECTIVE

We, the undersigned organisations, representing authors, composers, writers, journalists, photographers and others working in all artistic fields, news agencies, book, press and music publishers, audiovisual and independent music producers call on the Council of the European Union and the European Parliament to adopt the Directive on Copyright in the Digital Single Market.

This Directive has been long sought to create a much-needed level playing field for all actors of the creative sector in the European Digital Single Market, whilst giving citizens better access to a wider array of content.

This is a historical opportunity. We need an internet that is fair and sustainable for all. This is why we urge policymakers to adopt the Directive quickly, as agreed in trilogue negotiations.

CEPIC - Centre of the Picture Industry

CISAC - International Confederation of Societies of Authors and Composers

FSE - Federation of Screenwriters in Europe

GESAC - European Grouping of Societies of Authors and Composers

UNI-MEI - Global Union in the Media, Entertainment and Arts

Helen Smith is in Larry Leblanc's "In The Hot Seat" on Celebrity Access to discuss IMPALA's key issues for 2020: Tencent and UMG, copyright, Brexit, IMPALA's upcoming 20th birthday and much more.