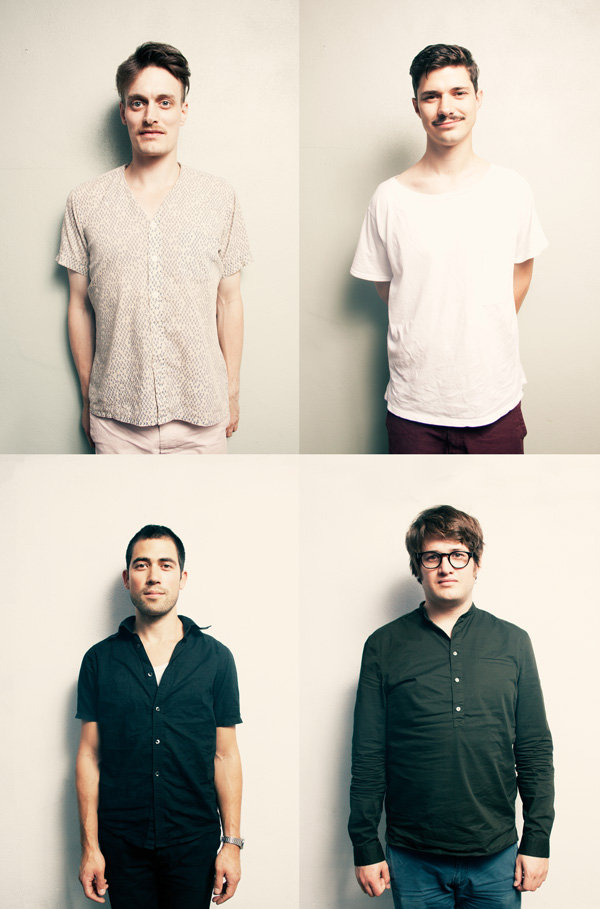 Efterklang are Mads Brauer, Casper Clausen, Thomas Husmer, and Rasmus Stolberg. Rasmus spoke to IMPALA about the band and the award...

How would you describe your band and your music?

It’s a tricky question. To make things easy for people to understand, we usually describe ourselves as a band mixing orchestrated and experimental bits, but that we remain accessible and melodious. Efterklang is all about curiosity and experimentation. We are aiming at developing beauty in our music.

How did you get started?

The band itself started ten years ago, but our story goes back as far as twenty years. Three of us are childhood friends, but we really started taking music more seriously when we met Casper at high school. We lived in the countrydisde then, but slowly became more ambitious and decided to move to Copenhagen together, to change schools, focus on our music etc. The only problem was that our bass player and our drummer never followed, meaning we had to start all over again in some ways. New people joining the band meant a new start, and after two years experimenting we started to move away from our original rock influences to the actual “Efterklang” sound we have nowadays.

What inspired this album?

Magic Chairs was developed to be played live. We really wanted to make a record with a live feeling to it, with more musicians involved in the recording. Our previous records focused mainly on instrumentations while, for Magic Chairs, everyone had a very defined role to play, giving the album a more symphonic aspect.

How does it feel to win the IMPALA Award for European Independent Album of the Year?

It’s brilliant, it really was a nice surprise. We are not often nominated for awards and certainly never expect to win, so winning this first ever IMPALA Award for European Independent Album of the Year is incredible. We know about the work of IMPALA and we certainly realise the European dimension of this ward, which makes it all the more important.

What is your relationship with your label?

Our relationship with 4AD is excellent, it’s very clear: there is a short list of people we work with and we know we can fully rely on them. We released our first two albums via our own record label and 4AD showed a lot of respect for that. The idea is for 4AD to help us to amplify and to develop what we have already done, while letting us have free rein to do the music we want to do. They realise that releasing a record is not simply focusing on the recording itself and on a release date, it’s a bigger project, built throughout its duration, and they are very good at supporting us although they don’t have an incredible marketing budget to do so.

Was it important for you to sign on an independent label?

It was absolutely key for us. We know quite a few people working at majors and based on what we’ve seen, there is such a roundabout of jobs and such a focus on profit instead of music that we would not feel comfortable with one of them. I would never exclude it of course, who knows what could happen in the future, but, for the time being, signing with an independent label was important to us. It is about identity, gaining a sense of “family” and developing ties with other people and other artists. In fact, it’s just about music.

We are currently playing the final dates of our tour, and we will take a break after more than one year on the road promoting Magic Chairs. It’s about time we focus a little bit on some personal issues and get back to our family lives for a short while. Then, of course, we will start working on our next album. But there are no plans for more concerts or touring before the next album is fully finished. From a creative point of view, it’s going to be an exciting time though, there are so many ideas we would like to include in our next record!