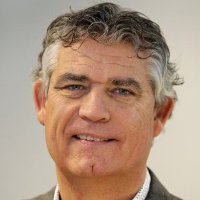 Kees van Weijen has been working in the Entertainment Industry in the Netherlands, Belgium and Great Britain since 1974.
He acquired experience in every detail of the entertainment industry and the music business in particular. He is a self-made man, a team player with managerial talents. Kees has built up a substantial international network in the field. Enjoys working with people and bearing responsibility for content specific processes where the artists are number 1.

He also ran [PIAS] Rough Trade Distribution as managing partner until January 2017.
Board member of the Dutch IFPI who awarded him in 2011 with the “Zilveren Fonograaf “ for outstanding contribution in the music industry. President of STOMP, Stichting Onafhankelijke Muziek Producenten in the Netherlands. In 2013, Kees was elected Chairman of the IMPALA board. In 2017, he was elected President of IMPALA.