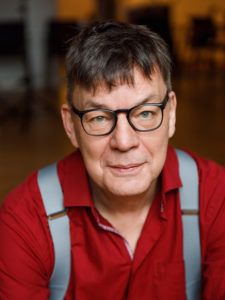 Jörg Heidemann is the CEO of Germany’s Association of Independent Musicians and Music Companies (German: Verband unabhängiger Musikunternehmer*innen e. V. (VUT)), which represents the interests of the independent entrepreneurs within the German music industry. Before graduating with a degree in psychology at the University of Trier, he was already working in a couple of record stores to finance his study. He was Head of Direct Export for Universal Music Germany and Export manager for one of the biggest German Independent Distributors EFA Medien GmbH as well as subsequently co-owner and CEO of the distribution company MDM – Mutualism: distribution & more. After the company insolvency of MDM, he started as a freelance project manager at VUT in 2010 and took over the management in 2014.

Among others he is part of the advisory board of the German Jazz Prize and the Musicboard Berlin. He is also a member of the German IFPI charts and marketing committee, of the Impala Management Board and a WIN Director. Jörg Heidemann has always been a passionate music listener and collector.