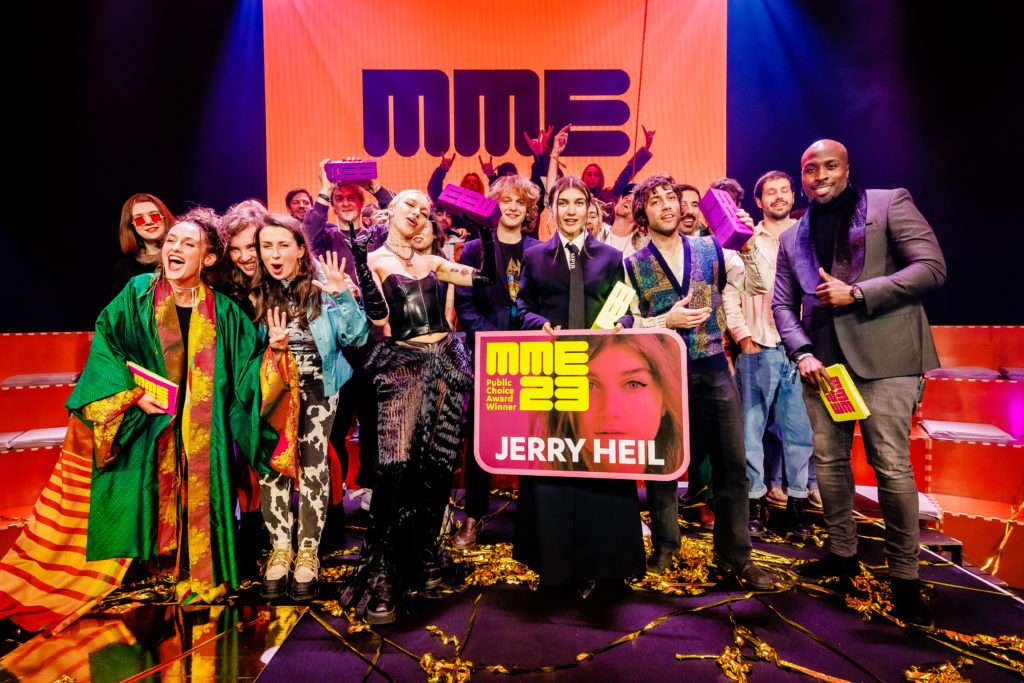 These are the winners of the 2023 MME Awards!

The annual EU prize for popular and contemporary music (co-funded by the Creative Europe programme) celebrates emerging artists who represent the European sound of today and tomorrow. The Music Moves Europe Awards ceremony was organised on 19 January in Groningen (NL) at the ESNS showcase festival and conference. Previous winners of the awards include Rosalía, Dua Lipa, Stromae, Hozier, Meskerem Mees, Blanks, Pale Waves and Christine and the Queens.

Quotes from the jury report:

“Sans Soucis is an unique artist with a unique sound and something to say. Really love this artist. Something really special here. She wins the MME Grand Jury Prize”

“Schmyt is putting himself right in the mix with his emotional, down tempo electro pop. I was impressed with his talent.”

“July Jones is about as “fresh and current” as you can get, mixing pop, hip-hop beats, polished production and songs that are statements about personal identity.”

“The international potential is there, Oska has a lovely voice, something very sweet about it.” “I love soft, soulful, psychedelic rock sound of Kids Return. It is timeless and new at the same time! Fresh!

“Great international potential! Queralt Lahoz’ vocals are slick. Cool vibe in general. Love her attitude and energy that’s being brought in each track.”

After the awards ceremony, all 15 nominees perform in front of music professionals and enthusiasts at ESNS, the world’s largest showcase event for European music. Alongside the 2023 nominees, ESNS will feature performances by 2022 winners Blanks (NL), Francis of Delirium (LU) and Alina Pash (UA). Furthermore, an education and professionalisation event was organised for the 2022 and 2023 MME Awards nominees and their representatives. In this programme the attendees will receive training to improve their daily business. The topics include sustainability (how to organise a CO2 friendly show or tour).

The jury of the 2023 Music Moves Europe Awards consists of five people that earned their stripes in the music industry. Each year the Public Choice winner of the previous year joins the MME Awards jury. This year this seat is taken by Jacqueline Baghdasaryan, the singer of Armenian artist Ladaniva who won the MME Public Choice Award last year. The other jury members are: Cindy Castillo (MadCool festival), Gemma Bradley (BBC radio), Bryan Johnson (Spotify) and Kevin Cole (KEXP).

The Music Moves Europe Awards (MME Awards) is the European Union prize celebrating the emerging artists who represent the European sound of today and tomorrow. The annual awards are designed to accelerate the international careers of upcoming European acts. Former winners of the awards include; Stromae, Alyona Alyona, Rosalia, Dua Lipa, Mezerg, Blanks, Ladaniva, Meskerem Mees and Christine and the Queens. The nominees were announced at the MaMa Music Convention and Festival in Paris on Wednesday 12 October.

A total of fifteen outstanding artists were nominated for the Music Moves Europe Awards 2023. 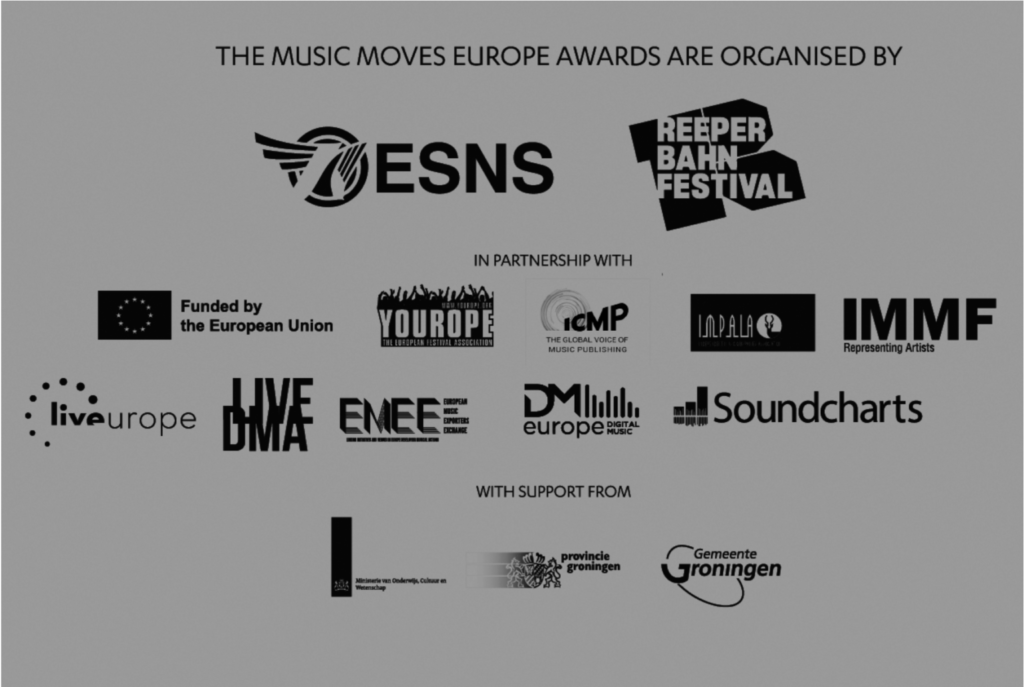