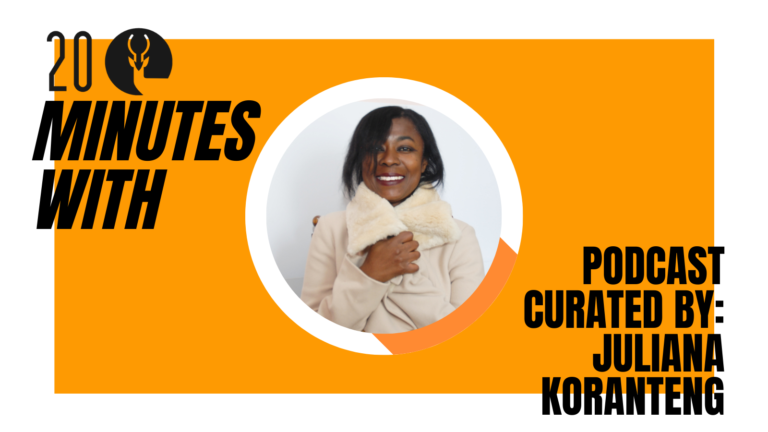 IMPALA has launched a new podcast series 20MinutesWith curated by Juliana Koranteng, the business journalist specialising in the international media and entertainment businesses.

The series is a year-long programme, part of IMPALA’s celebrations for its 20th anniversary. The podcasts are on Spotify and also appear alongside playlists and other projects on the IMPALA20 blog page.

The aim of the podcast series is to put the spotlight on the people who drive the sector and the work that goes on behind the scenes. Curated by Koranteng from London and produced in Brussels by Romuald Dagry, the series launches with two episodes.

The first podcast features Helen Smith, IMPALA’s Executive Chair, who takes us on a personal journey – what brought her to Brussels, her experience at IMPALA, views on hot topics like Brexit, Covid-19, the copyright directive, diversity and inclusion, sustainability, as well as her tips for anyone wanting to work in the music sector.

In the second episode here, Jason Rackam, MD [PIAS] UK, talks to Juliana about #LoveRecordStores – how it got started, the highlights so far, his vision for more collective action in the sector as well as tips for focussing on artists, whatever type of work you do in the music sector.

IMPALA Executive Chair Helen Smith commented: “Juliana has interviewed IMPALA on many topics over the years from copyright to competition to opportunities in the Balkans. When we first spoke,  I remember being struck by two things. First, Juliana’s radio voice, which I commented on at the time to my colleagues. Second, there was always a question we never had been asked before. A winning combination for curating our podcast series.”

Juliana Koranteng, Curator of 20MinutesWith added, said: “In the digital era we live in, there are millions who access info via audio. It used to be only radio and now we also have podcasts, which have certainly helped boost Spotify’s value. I believe the series is a service not just to the indie sector but to anyone in the creative biz who wants access to people driving the independent music industry.”

Jason Rackham, Co-founder of #LoveRecordStores and MD of [PIAS] UK: “It’s great for the story of #LoveRecordStores to be available via this podcast series, especially considering the interest in the campaign from all over the world. After receiving IMPALA’s outstanding contribution award last week, the podcast going live today is perfect timing for those interested in how the campaign developed.”

About IMPALA20
IMPALA is celebrating its 20th anniversary with a year-long series of posts, interviews, playlists and events on this dedicated IMPALA20 blog page.

20MinutesWith is a series of podcasts that shines a light on IMPALA’s members and top priorities, including Covid-19, diversity and inclusion, Brexit, sustainability, new opportunities online, access to finance, as well as implementing the European copyright directive and IMPALA’s ongoing work on European performance monies.

20Tracks is a series of playlists to highlight the independent sector in all its diversity. Genre and language playlists will be posted every month, curated by IMPALA’s members to celebrate music in Europe today.

20ThingsToKnow takes us on a journey of discovery of the independent sector across the whole of Europe. Each month we will look at a different aspect, from labels to managers to venues to much more.