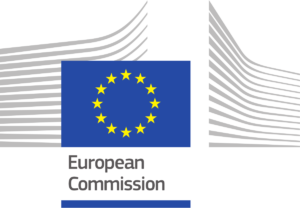 Independent music companies welcomed the announcement yesterday by the European Commission that it will introduce a series of measures to improve Europe’s online environment. IMPALA also calls for an industrial policy for culture to increase Europe’s cultural lead internationally.

Among the measures proposed by the EC, clarifying the rules on the activities of online intermediaries with regard to copyright-protected works will be particularly important. This addresses the unintended “value gap” which needs to be closed by clarifying that those who distribute or intervene in distribution are active and responsible for obtaining licences and are not neutral carriers who can benefit from the so-called “safe harbour”.

Helen Smith commented: “This addresses a fundamental barrier to licensing in Europe today which holds Europe’s Digital Single Market back and causes an unintended ‘value gap’ for our members.”

Helen Smith added: “It is crucial to address trading practices which frustrate competition and which are particularly prevalent in the online environment. An open, diverse and competitive digital market is crucial to independents and other players.”

IMPALA expects the Commission to continue to underline the importance of competition in the online space and resist pressure from dominant market operators to impose particular business models.

IMPALA also welcomes the move to step up action against illegal activity, with plans to focus on commercial scale infringements of intellectual property through a “follow the money” approach, as well as a review of intermediaries’ duty of care.

Today, music is available everywhere in Europe, across borders and through many different channels. What is now needed is a licensing market that is free from barriers to access. A level playing field is key.

Europe needs ambition and inspiration – the time is ripe for a new industrial policy focusing on the unique strength and diversity of Europe’s cultural and creative sectors, as flagged by IMPALA in its Digital Action Plan.

Helen Smith concluded: “An industrial policy for culture is essential to achieve a successful Digital Single Market through which Europe will be the world’s strongest and most inclusive digital player.”