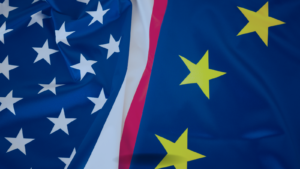 The Chair of the European Parliament’s culture committee, Sabine Verheyen, and other parliamentarians have challenged the European Commission about its continued failure to address a court ruling from last year on European performance income.

This ruling is known as the “Raap” case which puts at stake millions a year for European performers and labels. A new question has been put to the EU Commissioner in charge, Thierry Breton.

This follows a first question earlier this year from EU parliamentarian Ibán García Del Blanco and a cross-party group of MEPs, all of whom also co-signed this new question. Commissioner Thierry Breton responded before the summer acknowledging the sector’s concerns and indicating that a study would be launched shortly. Almost four months later, there is still no action.

In light of this delay, the EU parliamentarians are now asking when the study will be launched and when the Commission will propose confirming reciprocal treatment* for performance and broadcast rights, which the EU Court of Justice has in essence suspended on a technicality. The question also asks how the Commission will compensate those who lose revenue due to its failure to take action.

Sabine Verheyen, Chair of the European Parliament’s Culture committee said: “Time is of the essence if we want to avoid a financial disaster for a music sector which is already struggling due to Covid, so we are asking for responses and action from the European Commission.”

Ibán García Del Blanco, Vice-Chair of the European Parliament’s Legal Affairs committee, added: “The solution is straightforward, the EU court itself indicated that the relevant directive can simply be amended to re-confirm reciprocal treatment for European performance and broadcast rights. Let’s get it done and not lose more time.”

Helen Smith, Executive Chair of IMPALA, concluded: “It’s been a year since we flagged that this ruling could cost European producers and performers €125 million a year in broadcast and public performance income to the USA alone. We look to the EU to get the directive clarified urgently, now is really not the time for the music sector to lose that kind of money.”

* This principle is important as it guarantees a high level of protection worldwide. The question flags that the court said that the European Commission can reinstate the principle of reciprocal treatment by clarifying the relevant EU legislation. Within the EU, all member countries have more or less the same rights, so the national treatment principle applies. Non-EU countries don’t automatically have the same rights, so international law has the principle of reciprocal treatment which allows countries to not recognise other jurisdictions if they don’t have the same protection.

Practically speaking that means that if a country doesn’t collect domestically, they have no automatic rights to ask other countries to pay. The USA is one of the few countries in the world not collecting from terrestrial radio or television or from cafes and bars. The court ruling from last year did not criticise the principle of reciprocal treatment. It simply flagged that the legislation needed to be specific.

For more on this, read IMPALA’s one-pager explaining the impact of the RAAP ruling on European performers and producers and the organisation’s key asks to the European Commission.