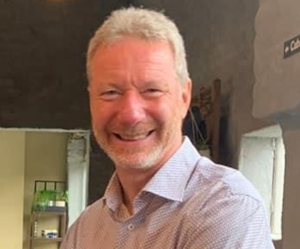 Geert De Blaere, born in Ghent-Belgium, 9th of July 1965. Married with Katrien, 3 kids Wout, Tuur and Roel. Geert Graduated from the University of Ghent with Masters degree in Economics and started his career at KPMG as an auditor in 1989. He left KPMG after 5 years, having build up audit-experience in a variety of enterprises (industry,  film, distribution, bank, insurance etc). In 1994 Geert was headhunted by BMG Ariola (nowadays known as Sony Music). He started to work in the joint venture BMG- N.E.W.S. as a financial controller.

In 2000 and 2001 a double management buy-out was realized in which all shares of BMG were bought back and distributed under the management of N.E.W.S., making N.E.W.S a 100% truly independent player.

He himself became Managing Director in 2006, a position he still holds today. Alongside his responsibilities at N.E.W.S., Geert has a Board function at Simim (collection society in Belgium), is a Board member of BIMA (Belgian Independent Music Association) and he holds the function of Treasurer at Impala.

When not working Geert likes to spend time with his family and try to do some sports (football, fitness, running,…) and, of course, try to listen to as much music as possible.