IMPALA’S HELEN SMITH: ‘WE DON’T BELIEVE EQUITABLE REMUNERATION IS EQUITABLE AT ALL’ 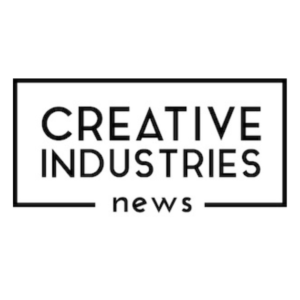 Last week, the Belgian Parliament adopted the local transposition of the Copyright Directive and by doing so also introduced a new right to equitable remuneration for authors and performers to be managed via the collective management system.

This new right, which is one step further than the Directive’s Article 18, which requires member states to ensure “proportionate remuneration” when music is used online. However, a last minute amendment transformed the term “proportionate” to “equitable”, and broadened the scope of the application of the provision from online content sharing service providers (OCCSP) — YouTube, et al — to all DSPs offering online music, including services such as Spotify or Apple Music.

While performers’ orgnisations have applauded the move, record labels, in particular independent labels, have been particularly vocal about the consequences of such model for the economy of the indie sector.

Belgium is one of the culinary capitals of the world, but for a recipe to maximise artist revenue, better avoid equitable remuneration and look at France’s recent accord concluded by the whole sector including artists and labels, along with IMPALA’s streaming plan.

Last week, the Belgian parliament passed a new copyright law to implement the European directive. This includes a last-minute amendment to introduce a type of what has been dubbed “equitable remuneration” for artists from digital services, to be paid through collecting societies.

This happened despite the same proposal being rejected by all three EU institutions when crafting the copyright directive and also during industry negotiations in France, as well as in Sweden.

On top, there was no stakeholder consultation, no impact assessment, no industry negotiations, no consultation with the high committee in Belgium to which intellectual property matters are normally referred and no detail about how it would work in practice. Nonetheless, this old-world remuneration was grafted on by arrangement between the main political parties. Known for its surreal painters, Belgium can now add surreal law making to its list.

IMPALA and its members are fervent advocates of collective action to facilitate better representation and ensure that so-called ‘cross-over’ music has access to a wider audience. Our members have co-founded several of these organisations, which also defend independent labels and self-produced artists, who account for 80% of Belgian (and world) productions.

Reduce the income of Belgian musicians

But just because collective licensing is valuable in principle, it does not mean that the proposal in Belgium is beneficial in the digital world. On the contrary, it will reduce the income of Belgian musicians and limit their access to the public, as well as enhance the income of international artists. Independent labels are inundated more today than ever before by artists looking for label partners to believe in them and take a risk. Accounting for 80% of all new releases, independent labels provide the unique expertise, identity and sense of belonging that many artists seek to set them apart, but signing Belgian talent is going to be much harder.

The whole question of maximising remuneration for artists is key to the independent sector. Their job is to make sure they can continue this work and get their artists the best deals, earn them the most money, ensure their creative works are properly recognised and have enough margin to take a risk in the next generation. That’s also why we embrace reform in digital, but it doesn’t mean we agree with all proposals put forward by some in the artist community. Last year IMPALA proposed far reaching reform in our ten-point streaming plan. The aim is to grow the pie and change the way revenue is allocated in a meaningful manner.

A new right to so-called “equitable remuneration” isn’t in our ten points. The reason is simple, we don’t believe it is equitable at all. On the contrary, it goes against our job of earning more for our featured artists and hampers our ability to take risks with emerging artists. It also runs counter to modern business models of self-releasing artists who prefer to keep their own copyright. In addition, a new right to equitable of remuneration also creates an additional burden for digital services who already have the rights they need from label licences. Proper royalty deals is the  answer, plus differentiation by streaming services to reallocate revenues meaningfully. Streaming is core business, not radio!

Not compatible with copyright

The resolution that has just been adopted in France is also a win/win situation. “Equitable remuneration” is again nowhere to be seen, yet the French solution remains compatible with the spirit of the directive and the intention that seems to have guided decision makers in Belgium. But first and foremost, it is the result of a very broad consensus after many months of consultation. How did their Belgian neighbour manage to adopt something overnight with zero impact assessment and zero negotiation, in full knowledge of the agreement in France, and the process that led to it?

It is also interesting to note that in Sweden, the same question came up recently and the conclusion was that applying equitable remuneration to digital revenue is simply not compatible with copyright. And when it comes to Spain, we have case studies that show that the equitable remuneration portion of Spanish artists’ revenues represents only a tenth of what it would have been if it had been paid straight through independent labels.

Let’s support artists by giving them more, not less. Our streaming plan asks all record labels to pay artists a fair contemporary digital rate. On top, we want to increase revenues and see differentiation in rates by services. We put forward several proposals that would shift how revenue is generated and allocated – Pro Rata Temporis, Active Engagement, Artist Growth and other models.

We have a duty to speak out when we see proposals that would be harmful. We owe it to our members, and they owe it to their artists. Just last week I spoke at the annual meeting of IMPALA’s sister organisation in the US (A2IM) about the need to be clear with our artists and be prepared to have difficult conversations. I flagged the situation in Belgium (the vote was taking place on the same day) and highlighted the stark contrast between this situation and the processes that took place in France and Sweden. When all sides get together, or where there is a detailed analysis done, the conclusion tends not to include “equitable remuneration”. There is a reason for that.

We therefore urge all countries which still have to implement the copyright directive to stick to the text. And let’s remember the full package that was agreed for authors and performers — the principle of appropriate and proportionate remuneration (Article 18, which rejected a new right), transparency obligations (Article 19), a contract adjustment mechanism (Article 20) and right of revocation (Article 22). We stood up in full support of these new rules. Now we stand up to oppose additional rights through collecting societies eating into our artists’ revenues and our own margins.

It is tempting to believe that equitable remuneration is a silver bullet, but the reality is we need cumulative action on multiple levels to achieve real equitable reform of streaming revenues.

If you are interested in working with us on this, please let us know!