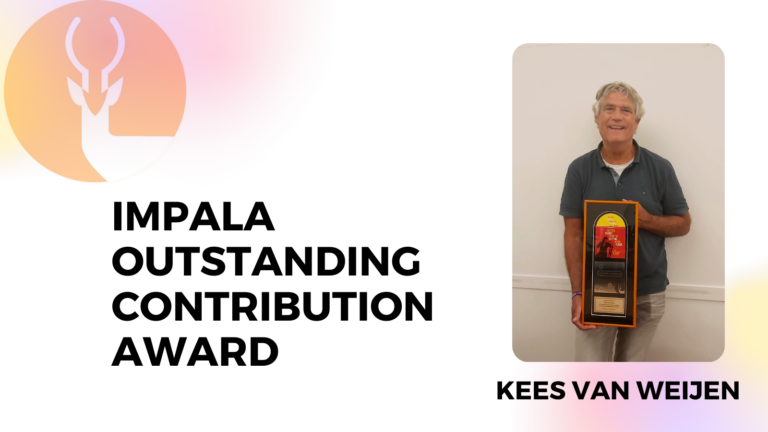 IMPALA decided to recognise Kees van Weijen at the last IMPALA board meeting, acknowledging his crucial role in the European independent sector over a career spanning close to 50 years.

Kees has been active in the music sector since 1974. He acquired experience in every segment of the entertainment industry and the music business in particular.

He then moved to the independent sector, running Rough Trade Distribution until January 2017, and proving instrumental in the establishment of the Dutch indie national association STOMP (Stichting Onafhankelijke Muziek Producenten) of which he is still the president to this day.

In 2013, Kees was elected Chair of the IMPALA board, and in 2017, he was elected President of IMPALA, a position he successfully occupied until September 2021. A former board member of WIN, the Worldwide Independent Network, he also played an instrumental role in IMPALA’s network development in Central and Eastern Europe.

Awarded in 2011 with the “Zilveren Fonograaf” award by the Dutch IFPI for his outstanding contribution in the Dutch music industry, Kees van Weijen is now recognised by his European peers for his relentless work towards a stronger independent music sector

Helen Smith (Executive Chair of IMPALA): “Kees’ contribution to the European music sector has proven exceptional. This award highlights his commitment to the sector and his constant presence on the ground pushing the values of the independents all across Europe and helping to make central and Eastern Europe an integral part of IMPALA”.

Francesca Trainini (IMPALA Chair, PMI Italia vice-president): “Kees served impeccably as Chair and President over four consecutive terms, he started the work of critical committees like Digital and Central and Eastern Europe, contributed generously to setting up associations in Eastern Europe and supporting every initiative with great enthusiasm, no matter how small. In Kees, IMPALA and independent music have a staunch supporter and a great friend”.

Kees van Weijen: “I am very honoured to receive this prestigious outstanding contribution award by IMPALA. Working with all the independent trade associations in Europe over the years has given me so much energy. In an ever changing and evolving music industry, it has always been my goal to achieve a level playing field for all the artists, musicians and label staff. Being recognised with this award gives me great pleasure and I appreciate it a lot. I could not have achieved our goals without the support of the board, staff and committees of IMPALA. It has always been a joint effort.” 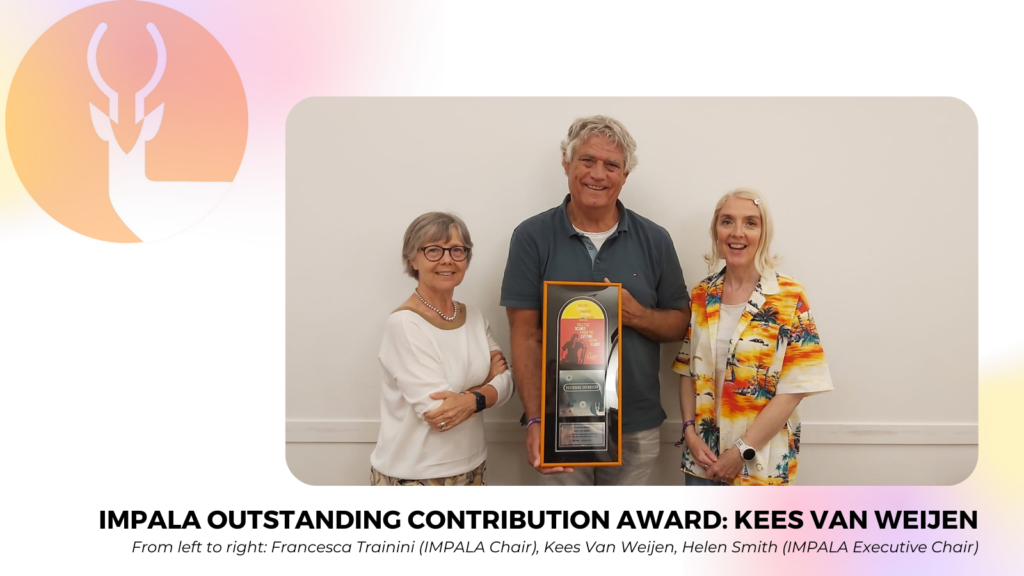 IMPALA was established in 2000 and now represents nearly 6000 independent music companies. 99% of Europe’s music companies are small, micro and medium businesses and self-releasing artists. Known as the independents, they are world leaders in terms of innovation and discovering new music and artists – they produce more than 80% of all new releases and account for 80% of the sector’s jobs. IMPALA’s mission is to grow the independent music sector sustainably, return more value to artists, promote diversity and entrepreneurship, improve political access, inspire change, and increase access to finance.