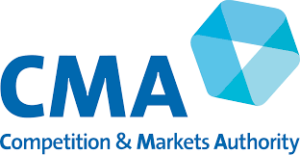 Sony’s acquisition of AWAL and Kobalt neighbouring rights from Kobalt music group, is being investigated in the UK, after the deal was announced in February. IMPALA has raised concerns that the move squeezes the independents further in an already very concentrated market.

Helen Smith, IMPALA’s Executive Chair commented: “IMPALA welcomes this investigation. We expect it to cover both physical and digital markets, as well as the impact on competitors, digital services, artists and fans, who will all lose out”.

The investigation will be carried out by the UK Competition Merger Authority who confirmed that it would investigate (see here). This type of creeping dominance is not new. It also narrows options for artists and labels. Apart from strengthening Sony in terms of market share, it eliminates a principal competitor. In this new deal, the loss of such big players to the independent sector compounds the competitive impact. It is not simply a question of an arithmetical increase of two or so market share points by one major, but rather a complete quantum shift in the competitive dynamics of the music market, to the severe detriment of competitors and consumers.

Paul Pacifico, CEO of UK’s national association for independents AIM added: “Over the last several years we have seen an incremental shift towards a music market in which a few dominant players have disproportionate influence. Each increment counts, and it is crucial to the future health of the market to ensure that all players can take part on a meritocratic basis”.

Sony’s aggressive acquisition strategy follows a whole range of deals eating into the independent sector from the Orchard, to Finetunes, Fonofile, to name a few and also buying more shares of EMI year after year, to finally get full control of the company in 2018.  Acquisition of key independent players is also happening in key national markets across the globe. In April, Sony announced buying Som Livre, Brazil’s biggest independent music company, in a deal that will increase Sony’s power significantly in the region and as well as with digital players as Brazil is one of the world’s leading digital markets. This will inevitably have an impact in Europe given the importance of Som Livre’s repertoire worldwide as well as the strategic significance of this deal. In late April, Sony also acquired the music catalog of the Mexican  independent regional label and management company, Remex Music, for an undisclosed fee.

Other market developments have also been flagged by IMPALA as a risk, including Tencent/UMG, Spotify’s move to reduce royalty rates in return for algorithmic plays, which IMPALA and others in the sector have described as basic pay for play, payola as it is known when it comes to traditional radio.

Helen Smith concluded: “Aggressive music acquisitions have to be aggressively reviewed as well. The UK CMA’s investigation is crucial, and we are calling on other national regulators to do the same. These deals have an impact in all European markets, whether they are being made within or outside Europe. We have written to regulators not only about Sony/AWAL but also about the strategic links between Tencent and Universal, as well as also other market developments which we believe raise serious anti- trust concerns”.