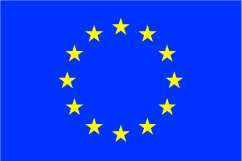 Today is the deadline for EU member states to transpose the EU copyright directive into their national legislation. On Friday, the European Commission published its long-awaited guidance on the application of the directive’s Article 17.

The EC has confirmed that the guidance is non-binding.

IMPALA’s main message to member states remains the same – to implement article 17 swiftly and faithfully according to the text of the directive to ensure maximum harmonisation.

The Netherlands, Hungary and France, the first three member states to adopt the directive, have shown the way by sticking closely to the text of the directive. Germany, on the other hand, has provided an example of what should not be done as their legislation deviates from the directive and creates new exceptions and potential loopholes.

Helen Smith, IMPALA’s Executive Chair commented: “We’re still in the process of analysing the text, especially as certain aspects clearly go beyond the text of Article 17. In any event, the job of member states is to implement the text of the directive and the EC itself confirms the non-binding nature of the guidance. The directive reflects the balance that three years of negotiations produced. European recovery depends on strong copyright rules implemented on time.”

IMPALA has already underlined that implementing the copyright directive will be a recovery boost to the sector, and at no cost for governments. We urge member states to do their utmost to transpose it into their national laws quickly and coherently.