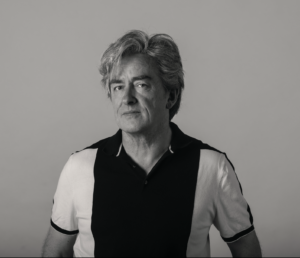 Mark Kitcatt, born in South London in 1964, and there raised. Teenager and music fan in the late 70s and early 80s, he spent all his time and any money he could get hold of in the city’s record shops, grubby music venues, and Selhurst Park. First job in Rough Trade warehouse in 1985 – stayed there until moving to Spain in 1990 – where he has been working since, directing and owning Everlasting Records and Popstock Distribuciones, the eminent Iberian music companies, with offices in Madrid, Barcelona and Lisbon. Kitcatt was a founder member, and is currently treasurer, of the Spanish labels’ association, UFI, as well as participating at Merlin and IMPALA boards. He 2017, he was elected Chairman of IMPALA. He resides in the bohemian barrio of Chueca in Madrid with his wife and children.