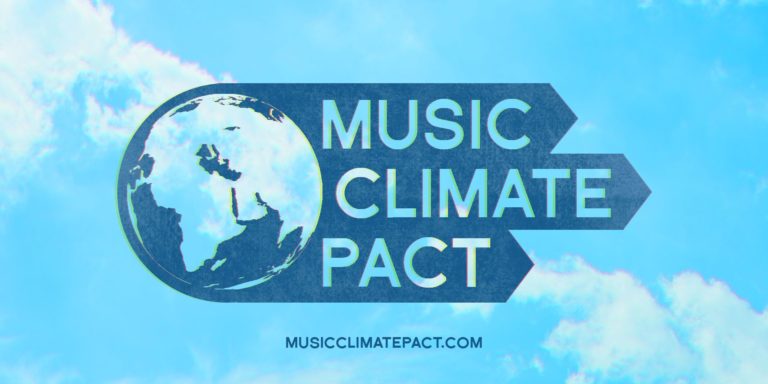 A group of leading music companies have signed a wide-ranging commitment to ‘decarbonise’ the global music business in alignment with the latest climate science.

By February 2022, founding Signatories will be required to sign up to one of two schemes, the Science Based Targets Initiative (SBTi) or the UN-backed Race to Zero SME Climate Commitment. This will see Signatories work with experts to set and execute actionable climate targets on which they will report regularly.

The Pact, developed with support from the UN Environmental Programme, marks a significant step in aligning the global music business, and the measures already taken by individual companies, around a coherent and industry-co-ordinated strategy. This will seek to unite and take forward existing climate initiatives.

For some Signatories, this could include AIM’s Climate Action Group, the Group’s Near-Mint Vinyl initiative to reduce vinyl waste, and IMPALA’s Carbon Calculator – an upcoming tool for the independent music sector. Other Signatories will look to fulfil this commitment through exploring music industry sectoral guidance for the SBTi initiative as well as build on steps already taken by Beggars Group, BMG, Ninja Tune, Sony Music Group, Universal Music Group, Warner Music Group and others.

Members also commit to sharing data, insights and resources, as well as providing support for artists to engage and speak up about climate issues.

The Pact hopes to grow quickly from its list of initial Signatories, with hundreds more companies from around the world expected to sign by June 2022. AIM, the BPI, IMPALA and other national and international organisations will continue to provide support to encourage other businesses to sign up and deliver on the Pact.

In addition to its Signatories, the Music Climate Pact also has a number of registered ‘Supporters’ – businesses and organisations that help create and deliver music, and which share the same vision for a cleaner, more efficient and sustainable music market. Supporters agree to work with Signatories in the reciprocal sharing of data, knowledge and resources to help deliver the Pact’s goals. Initial Supporters include IFPI, Worldwide Independent Network (WIN), Julie’s Bicycle, Key Production and Music Declares Emergency.

Through these relationships, the global music sector has the ability to innovate, put out incredible music to a mass audience and shift culture by inspiring change.

Vision
To harness the power of the music industry towards inspiring transformational action on the climate crisis.

Purpose
By aligning as a sector, we stand to de-politicise sustainability and address our biggest environmental impacts in an efficient and collaborative way.

There is a lot of work to be done if we are to become a more sustainable industry, but we will be guided by climate science and take tangible, unified action and regularly update on our progress.

● Take individual and collective action to measure and reduce our greenhouse gas emissions (scopes 1, 2 and 3)

● By February 2022, have either signed the Science Based Targets standard commitment letter stating that we will commit to setting science-based targets or will have joined the Race to Zero programme

● Work together as an industry to establish carbon measurement methodologies, tools and frameworks backed by climate science

● Support artists in speaking up on climate issues

● Communicate openly with fans about the impacts of the music industry.

Paul Pacifico, Chief Executive Officer of the Association of Independent Music (AIM), said: “The climate crisis is the single greatest challenge facing the world’s population. No single business can solve this global threat on their own and it has been inspirational to see so much of the global music sector come together to take action. This Pact builds on the amazing work already underway by individual businesses of all sizes, and brings the knowledge sharing and cross collateralization needed to effective substantive change. I would like to thank the Pact’s supporters and partners and look forward to welcoming more businesses to the Pact and helping them deliver on its commitment.”

Geoff Taylor, Chief Executive BPI & BRIT Awards, said: “The music community must take a leadership position on this most urgent of issues to support the work already being progressed by record labels to make their operations more sustainable. It means not just taking our own effective and co-ordinated industry action to respond to the climate crisis, but using the power of music to help inspire others in effecting meaningful change.”

Helen Smith, Executive Chair IMPALA: “Having adopted our programme and targets for the European independent sector earlier this year, it’s great to see collaboration across the whole industry. IMPALA’s carbon calculator will be ready by the Spring and we hope it will make a big difference in helping companies track and reduce their emissions. We encourage all our member companies to sign up to the Pact.”

Anna Johnson, Sustainability and Environment Officer, Involved Group (including Anjunabeats) said: “We welcome the Music Climate Pact bringing our sector together to achieve emissions reductions, and ultimately, decarbonisation at the scale and speed required to align with the 2015 Paris Agreement. Facilitating closer collaboration between music businesses, the Music Climate Pact is a much needed and timely initiative to support the transition towards a sustainable future.”

Paul Redding, CEO of Beggars Group (UK) said: “The Music Climate Pact shows the willingness of the whole music industry to work collaboratively on climate issues. Building on IMPALA’s project to develop a carbon calculator tool, all signatories will be pulling in the same direction on sustainability topics. This will help our industry achieve carbon reductions more efficiently as we carry out the same work, in the same way, at the same time.”

Christopher Ludwig, VP Global Digital Partnerships & Strategy of BMG said: “BMG is committed to taking responsibility for reducing its impact on the environment and achieving its climate goals. The Music Climate Pact has a useful role in helping companies address issues which cannot be dealt with individually and we are pleased to play our part.”

Nigel Adams, Founder of Full Time Hobby said: “The music industry, like any other, has to ask itself how it can respond to the Climate Crisis and having the Pact in place will play a part in that, directing the combined power of the music industry to drive structural change and reduce emissions. At Full Time Hobby, we’ve helped instigate the AIM Climate Action Group and Music Declares Emergency and believe strongly that working cooperatively and channelling the power of music to speak out about the Climate Crisis and calling for Government action is imperative.”

Peter Quicke, Co-CEO of Ninja Tune said: “Music is a powerful force for community and communication, from live shows to live streams, from music on social media to the simple sharing your favourite music with friends. And so we have a responsibility to ensure the power of music is used to help combat the climate crisis, that the voices of artists and labels are used to call for change. One key part of that is for music to reduce its own footprint, and to engage with our upstream and downstream partners in reducing their footprint, and so accelerate the response to the climate crisis – the Music Climate Pact is a big step along this path.”

Andy Hsueh, General Manager, Americas of Partisan Records said: “Partisan Records was eager to join the Music Climate Pact in our commitment to reduce the recorded music industry’s carbon footprint.  It is critical that our industry acts now and we’re looking forward to working with the music community in combating climate change.”

Ben Swanson, COO of Secretly Group, said: “We’re excited to take our first step in this very important journey with our peers, as it will truly take a village to make the necessary progress in the music industry.”

Sony Music Group Executive Vice President for Philanthropy and Social Impact, Towalame Austin, said: “Sony Music Group is delighted to join the Music Climate Pact and is committed to playing its part in tackling the climate crisis. As a division of Sony Group, we are working towards achieving a zero environmental footprint by 2050 under the ‘Road to Zero’ long-term environmental plan and both expanding renewable energy use and reducing environmental impact in supply chains as part of Sony Group’s Green Management 2025 targets.”

Universal Music Group Executive Vice President, Chief Financial Officer and President of Operations Boyd Muir said: “UMG is proud to join the ‘Music Climate Pact,’ an important music community initiative reflecting our ongoing commitment to combating climate change. Since becoming a stand-alone company in September, we have established a dedicated Environmental, Social & Governance department that is overseeing this vital priority, including our purchases of renewable energy, offsets of greenhouse gas emissions, reduced supply chain footprint and dedication to the highest building standards (such BREEAM and LEED). We look forward to working with others in music to help address this critical issue.”

Warner Music Group Acting Chief Financial Officer, Lou Dickler said: “The scale of the global climate crisis demands that we work together to make real impact. We appointed a dedicated ESG leader earlier this year, and committed to releasing Warner’s first annual ESG report next year, which will help us hold ourselves accountable and transparently communicate progress to our stakeholders. Starting with an inventory of our carbon footprint, we’re developing an ESG platform and roadmap that will move Warner Music into a more environmentally sustainable future. We look forward to collaborating within our community, throughout the industry, and across sectors to deliver necessary change.”