The nominees were announced at the MaMa Music Convention and Festival in Paris on Wednesday 12 October. The Music Moves Europe Awards (MME Awards) is the European Union prize celebrating the emerging artists who represent the European sound of today and tomorrow. The annual awards are designed to accelerate the international careers of upcoming European acts. Former winners of the awards include; Stromae, Alyona Alyona, Rosalia, Dua Lipa, Mezerg, Blanks, Ladaniva, Meskerem Mees and Christine and the Queens.

Five artists will be selected as winners by an international jury and one artist wins the Grand Jury Prize. All winners will be revealed at the Music Moves Europe Awards ceremony on Thursday 19 January, 2023 at ESNS in Groningen, the Netherlands.

The Music Moves Europe Awards are the The European Union Prize for popular and contemporary music. The aim of the awards is to celebrate upcoming European artists and support them in developing their international careers.

The awards succeed the European Border Breakers Awards (EBBA) and the Music Moves Europe Talent Award (MMETA), supported and handed out by the European Union since 2004. The Prize has an impeccable track record, awarding artists including Stromae, Adele, Mumford & Sons, Dua Lipa, Rosalía, Meduza, Lous and the Yakuza, Inhaler and last year’s winner Alyona Alyona. Each of these artists have since reached new levels of fame and success in the global music industry. 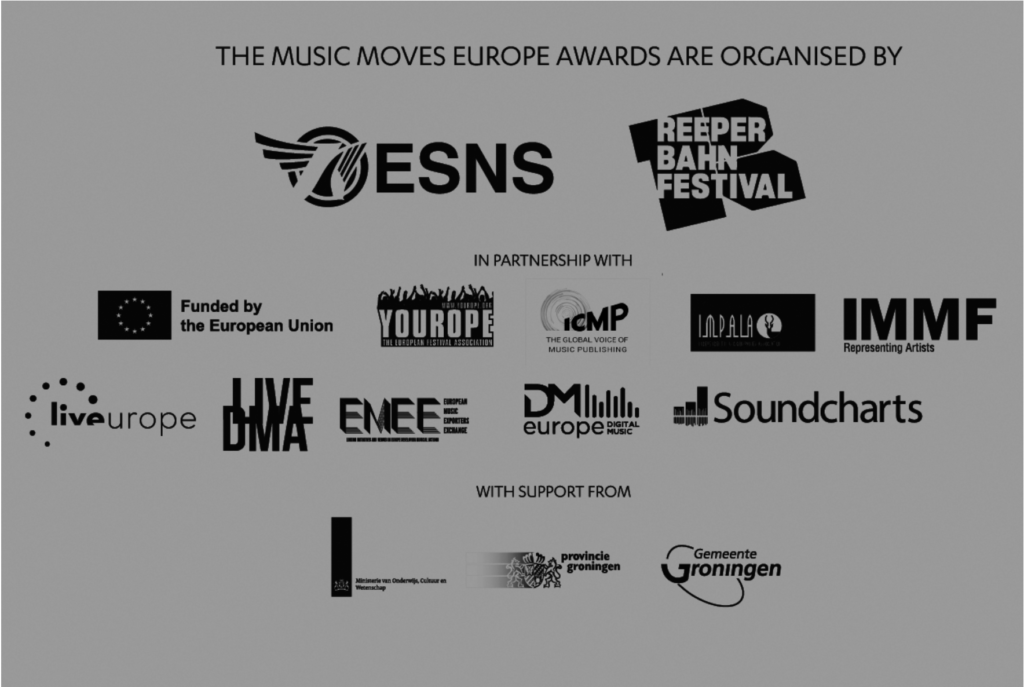