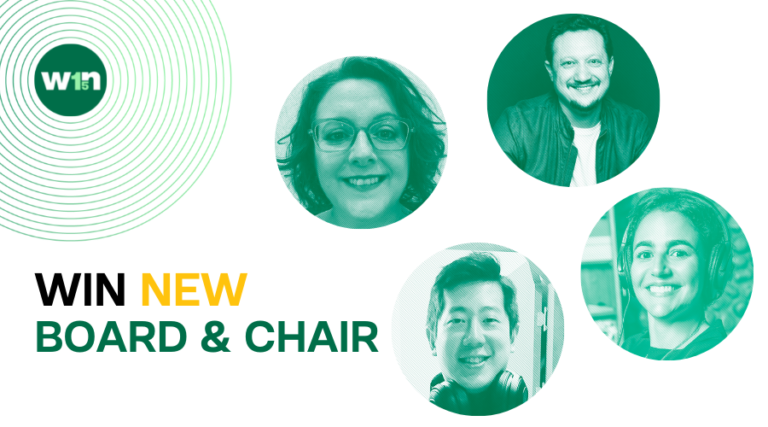 The Worldwide Independent Network (WIN) has appointed its board for 2022, with Maria Amato, CEO of the Australian Independent Record Labels Association (AIR) as chair.

The diverse board is made up of independent music company and trade association representatives from thirteen countries across Asia, Australasia, Europe, North America, and South America. Board members are nominated by member associations from each geographical bloc and sit for one year, with the option to stand for re-election at the end of their term. Working closely with General Manager Noemí Planas to guide the organisation’s general direction, they will focus on developing WIN’s network of associations and addressing today’s biggest challenges facing independents.

Maria Amato has worked in the arts and not-for-profit sector for over 25 years, specialising in finance and business management. Alongside her role as AIR’s CEO, she runs its Women in Music mentor program, aimed at empowering women in the Australian music industry to progress their careers and leadership aspirations.

Maria Amato commented: “It is an honour to be elected as Board Chair for WIN. The independent music sector is filled with talented entrepreneurs who strive to rise above challenges and limited resources to create global paths of success on their own terms. It is resilient and lobbies continuously to protect the interests of copyright holders, to promote a level playing field, and to effect positive change. I look forward to exploring opportunities for growth and collaboration in the year ahead.”

Said Martin Mills, Founder and Chairman of the Beggars Group and former WIN chair: “Today’s news marks the first time that WIN has been chaired both by a woman, and by someone from outside Europe and the Americas. Combined with the just-announced formation of the new Turkish trade association, this speaks volumes about the progress of the independent movement worldwide.”

Paul Pacifico, CEO of the Association of Independent Music (AIM), joins the board representing the interests of the UK independent community. Pacifico has been heavily involved with both WIN and IMPALA for many years, and co-chaired IMPALA’s Equity, Diversity and Inclusion Group, among other projects. Most recently, he helped lead the Music Climate Pact, an environmental initiative orchestrated by AIM and UK record label trade association the BPI to decarbonise the global music business.

Paul Pacifico commented: “I’m delighted to be representing UK independents at this worldwide forum of entrepreneurs and innovators. International cohesion and community are so important at the moment – both for independents and our industry as a whole. I look forward to seeing what we can achieve together.”

Jeffrey Chiang, International Relations and Global Marketing at Fluxus Inc (South Korea), and Sandra Rodrigues, CEO of Associação Brasileira da Música Independente (ABMI), step up from their previous role as alternates of Chan Kim and Carlos Mills, respectively. Chiang has participated in many global collaboration projects such as MU:CON Collabo, and has managed the digital distribution of K-Pop works around the world. He also works with the Record Label Industry Association of Korea (LIAK).

As CEO of Brazilian trade association ABMI, Rodrigues is responsible for managing and implementing its strategic, administrative and operational planning. She has extensive experience in cultural management, as well as strategic planning and definition of business models for cultural institutions and independent projects.

Jeffrey Chiang said: “I’m so excited to be joining the WIN board and to work with the amazing people in WIN who have been championing the growth of the global independent music sector. The Record Label Industry Association of Korea has always worked for the benefit of Korea’s independents, so I look forward to contributing the same for the independents in our global community.”

Sandra Rodrigues added: “To become a member of WIN´s Board represents an honorable challenge and great source of joy, especially now, when the relevance of independent companies is being sensed by the majors, on a daily basis. We, from ABMI, really believe in the independent network as an instrument to strengthen our companies across the globe.”

Noemí Planas, General Manager of WIN, commented: “I’m delighted to welcome Paul, Sandra and Jeffrey to the WIN board, their diverse backgrounds and expertise will allow us to better support independents around the world in these challenging times. Meanwhile, Maria’s contributions to the board and committees over the past year have been invaluable and I look forward to working more closely with her in her new role as chair.”

WIN would like to thank outgoing directors Carlos Mills, Chan Kim and Kees van Weijen, for their dedication and contributions to WIN and the wider community over the course of their respective directorships.

The full 2022 WIN board is (in alphabetical order):