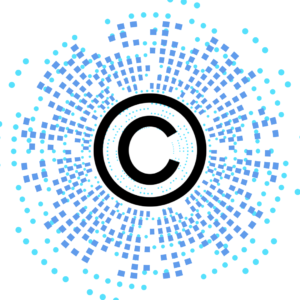 With several countries still to implement the 2019 EU Directive on Copyright in the Digital Single Market, IMPALA urges governments to implement article 17 and the performer provisions swiftly and faithfully according to the text of the directive.

IMPALA has fully supported this package from the beginning, but does not agree with grafting additional rights, such as new rights for collecting societies or performers to negotiate with digital services for a parallel fee, so called “equitable remuneration”.

IMPALA also approves the French approach of structuring their local industry, which aims both at creating value and the conditions of balanced value sharing. This historic and consensual agreement was concluded by the whole French industry including artists and labels (with IMPALA member UPFI). It is a negotiated solution addressing value in the digital music chain for the first time. IMPALA also supports UPFI’s requests to complement the agreement with schemes that will help create more value for the industry as a whole by :

The absence of “equitable remuneration” in the French accord underlines that there is no place for this in a modern music market as it would prove disastrous for the local market. This is something that was already rejected by all three EU institutions in their negotiations when the copyright directive was being crafted.

Despite this, last week neighbouring Belgium voted a law implementing the directive, for which an “equitable remuneration” provision was added at the last minute, with zero consultation or impact assessment.

IMPALA’s Executive Chair Helen Smith commented: “The copyright directive started with the promise of a strong European copyright. But Europe’s copyright will only be as strong as its protections and guarantees if governments stick to the text which, let’s remember, is the result of a carefully crafted compromise and which includes a full package for authors and performers (art. 18-22)”.

Last year, IMPALA released a 10-point streaming plan seeking to maximise revenues and bring about real change in the market. It rejected “equitable remuneration”, instead calling all labels to pay artists a contemporary digital rate and asking services to introduce ways to vary revenue allocation. On top of the French agreement, in Sweden the idea of additional rights through collecting societies was also rejected as incompatible with copyright.

So-called “equitable remuneration”, is simply not equitable in IMPALA’s view. It limits labels’ capacity to invest in new music and reduces their revenues along with the revenues of their artists, as experience in Spain has shown. It also doesn’t fit with self-releasing artist business models, which are more prominent in the modern music market.

Helen Smith continued: “We have seen recently in France and also in Sweden that so called ‘equitable remuneration’ is not getting traction. We therefore urge member states to confirm their support for the full package of rights in the directive without any additional rights which have the effect of singling countries out, and with them their whole local music scene.”

Helen Smith concluded: “Maximising revenues for artists is labels’ raison d’être. We believe that solutions are at hand when the industry comes together to discuss them. This is what happened in France where an agreement was reached with a very broad consensus after months of collective bargaining. It’s hard work, it’s difficult and it takes time, but it’s the only way to ensure balance for all and preserve the fragile and essential economic model of independent labels.”

Earlier this week IMPALA’s Executive Chair spoke of how the independent sector aims to maximise artist revenues and what it sees as the solution, in her Op-Ed for Creative Industries Newsletter ‘We don’t believe equitable remuneration is equitable at all’.

IMPALA was established in 2000 and now represents nearly 6000 independent music companies. 99% of Europe’s music companies are small, micro and medium businesses and self-releasing artists. Known as the independents, they are world leaders in terms of innovation and discovering new music and artists – they produce more than 80% of all new releases and account for 80% of the sector’s jobs. IMPALA’s mission is to grow the independent music sector sustainably, return more value to artists, promote diversity and entrepreneurship, improve political access, inspire change, and increase access to finance.